Lately it hasn’t felt very spring-like. Not on the street where I live anyway, on Manhattan Ave, in Brooklyn, a stone’s throw from Greenpoint Ave. and the Greenpoint G train stop. There’s no stones on the street to prove my point so you have to take it as an article of faith. The weather has been raw, and windy, not nasty, not exactly winter coat weather but not exactly spring jacket weather either. Sort of in between, so no matter how you dress you are wrong.

I only live on this street during the week, Monday through Friday. Every Friday evening I leave my job at Steiner Studios at the Brooklyn Navy Yard and slog home to Western Massachusetts through heavy traffic. My feet don’t personally do the slogging, since I’m driving a rented minivan, but the traffic is always heavy and I’m always tired and I never seem to make it home before 10:30 or 11:00.

I have a new therapist, his name is Bleep. This is really neither here nor there, except he is the reason I have lately been in touch with the ten-year-old me — with some spillover to the nine and eleven and twelve-year-old me’s. Prior to being in touch with the ten-year-old me,  it was suggested that I keep a journal of negative thoughts. I’m no dummy. This is a classic therapist’s parlor trick, one cleverly deployed when they see that your time is almost up. “You might try keeping a journal of negative thoughts, and then, challenge those negative thoughts.” I always nod and agree to do this but like am I really going to whip out my journal every time a stinkbug lands in my coffee cup, which happens a lot more than I’d care to admit, our house being infested with them?   Plus I think Bleep doesn’t really like my insurance plan. I don’t think it pays him enough, so I don’t want to push him too far with negativity. Maybe that’s why he suggested we till the more fertile fields of my youth, plow up the past, find out just when all this trouble began.

Lulu wanted to see the Lincoln Tunnel. And other things, yes, of course. Not just the tunnel — that would be ridiculous — but they could drive in through the tunnel and drive out over the George Washington Bridge. Her Uncle Bobby, who used to drive for Suburban before he got back problems, called it the GW and always used to say he was stuck on it and the BQE, or the QBE, or something like that. Joey didn’t want to take his truck into the city at all. He thought maybe it wouldn’t fit in the garages and he just got those wheels and there were all those, you know who I mean Lulu, carjackers and shit.

She knew Joey felt bad they couldn’t afford Orlando like his cousin.  Everyone on Facebook it seems was in the Magic Kingdom this year but good old Uncle Bobby, even flat on his back he comes through with his own magic: tickets to the Steelers-Giants game. And the hotel — you know Ma finds it online — it’s in Times Square and it’s got free breakfast.

The room she imagines is way high up and when they go in she’ll open the curtains and the glow from all the lights and the billboards will be so freaking awesome, like some glowing spaceship in a crater or the biggest rock concert she can imagine, and Joey will come out of the bathroom and she’ll be dressed for him, the way she planned it, wearing underwear she knows will drive him crazy. And he’ll be shy like he always is, wanting to close the curtains and she’ll just put her finger to her lips and push him back on the bed and unbuckle his jeans and take it from there, while the city pulses like a nightclub and glows like a TV and they grasp at each other all night long until laughter and exhaustion and sweat bring on a giddy hunger, and they find themselves at three in a New York morning looking for Famous Pizza and beer to wash it down.

Welcome to our Island Paradise! It’s just me and Adam, but we are delighted to show you around. This is the dock, and — ooh — that looks like a bad splinter. Why no sandals? Of course it’s rough sawn. You think there’s Home Depots here? No, but I didn’t tell you not to bring sandals, either. Anyone who’s been to the beach before knows to bring sandals. It’s just a splinter. Adam is fetching the first aid kit. If it was a jellyfish sting he’d have to pee on it. Wouldn’t that be gross? It happens though. Don’t put that in your review. Both things — the peeing and the splinter. My tankini? Thank you. We were clothing optional until last year. Drink coupons? You’re funny. Do we look like a cruise? Just kidding. I can offer you coconut milk. I don’t know what’s taking Adam so long. Here, let me help you hobble over to your cute little cabana. Just look at that — scorpion! Yikes, I am so sorry. We’ve never had them down here on the beach. Are you okay? I don’t know if peeing works on a scorpion sting. What’s bacitracin? Maybe there’s some in the first aid kit. Adam! Hurry the fuck up! Sorry. We’re grilling mahi-mahi tonight. That’s something, right? With pineapple salsa. No, we didn’t catch it. It kind of washed up on shore, but it smelled fresh. You don’t look well. Lie down. Wait — let me check for more scorpions. Okay. Lie down. What? You can’t leave. The next boat isn’t due back for a week. Oh — I almost forgot. We have this excellent weed. That will relax you. No, it’s not cannabis. It’s something indigenous. Really it’s just a weed. But it does give you this incredible buzz. Here, take a hit. Mellow, right? It’s such a great high, it’s worth the painful diarrhea. Oh, that reminds me. When you have to go, use that bucket over there behind those coconut trees. Just mind the coconuts. That’s a joke. I know, lame. Those? The zuzu flies? Do not let them bite you. They lay eggs under your skin. Yes, if Adam would ever fucking get here there’s bug spray in the first aid kit. It’s actually turpentine, but it works against the zuzu flies. No, I don’t think it contains alcohol. If you wanted that kind of vacation you should have chosen Sandals. Look — here comes Adam! Okay. I’ll be back later. I’m off to grill some fish.

That’s it then. We’ve eaten the ponies and Jenkins is down to his last tin of marmalade. The marmalade went quite well with the ponies. We set out with an entire crate six glorious months ago. I have no one but myself to blame for allowing the men an extra ration after we failed to reach the pole. Today is another bitterly cold day. Duh. What was I thinking? And why did I leave my hat in Dimduddy-by-the-Puddle? And why did no one bother to tell me I had no hat? I suspect the men may not like me. Perhaps I am not fit to command. Certainly any fool could find the South Pole. You just keep going south, and just when you start to go north again, that’s where the pole is. Only it isn’t. They tell you there’s a pole, and there’s no pole. Here every Thursday, folks. Look, a penguin. I don’t know why he’s calling me Phil. He knows my name is Freddie. That’s way it is with penguins. Farewell. We died like Englishmen, except, without marmalade.

Sally’s seashell sales at the shore excelled even her expectations. It was when she decided to franchise that things went sour. A silver-tongued speculator convinced her to expand her brand, and so he lined up some unsavory investors. A booth at Port Authority. A kiosk in Times Square.  A rest stop on the New Jersey Turnpike. A storefront in Dubuque, which, although suffering from a deficit of seashells, was nevertheless more interested in corn-themed souvenirs. When sales were lackluster, fudge was added, then taffy and postcards. Nothing worked, not even a paid celebrity endorsement by a Latvian Opera singer. Within a year Sally’s Seashells Worldwide Holdings was in the red. Desperate, Sally mortgaged her seaside emporium. She sold her Duesenberg. As her stores began to fail, investors sued. Sally sadly saw no simple salvation. She became a gumball addict. Packing a water pistol, she began robbing gumball machines. The Seashell Preservation League issued a $10,000 reward for her capture. A folk ballad was written. She fled to parts unknown. Thus, legends are born. 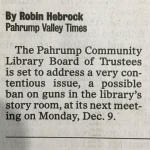 Maybe if they used silencers?

If I am to come back as an animal after I die I think I might choose a squirrel. Assuming you get to choose. I imagine you get to pore over a glossy, very dog-eared catalog — or maybe it is more like a set of Encylopedia Britannicas — and you choose which animal or fish or reptile, etc, you want to be. I hadn’t thought of a fish until just now. A dolphin would be cool but they are mammals. Still. Okay — the reason I said squirrel was because I watch them play in the trees all day. But now that I think of it they are awfully stupid when it comes to crossing the road. They are like, Ahgh! This way no that way no this way no — SPLAT! So forget I said squirrels. Definitely dolphins. They seem to have a lot of fun. I grew up watching a show on TV called Flipper about a dolphin version of Lassie except dolphins are way smarter than collies. Collies are really stupid. Anyone coming back as a collie — hoo boy. But then here I am in the tuna fish aisle and all the cans say dolphin safe tuna. So I find out dolphins get caught by mistake in tuna nets. Maybe I need to be more at the top of the food chain, like a lion or polar bear. But polar bears are having a rough go of it lately with all their ice melting, and I don’t want to be a zoo bear. A lion might be nice but do I really have the heart to run down a gazelle and bite its throat and tear it to pieces and eat it raw like sushi? Maybe if I was a very careful squirrel. Oh — maybe you can pick what year you come back. Definitely not the future because that only looks good for jellyfish from what I’ve been reading. But I remember in elementary school they told us before America was discovered a squirrel could travel from the Atlantic Ocean to the Mississippi without ever having to touch the ground. Sign me up for that one.